Do you need a break from discerning the real from the not real? You've come to the right place. We'll give it to you straight: The truth is -- the stories included in the books below are absolute fiction.

NOTE FROM THE AUTHOR - YVONNE DeBANDI

Why the red pill connection? Because that's what every book I write does to me. It makes me look at the world just a little differently. Perhaps they will do the same for you.

I love to write. The entire experience is one that fills me with gratitude and pure enjoyment. I hope you find reading the works just as entertaining.

Comments and critiques welcome. Every bit of feedback helps me on my quest to become the best version of me. Contact me here.


All titles below are free via kindle unlimited or direct download.
Most are also available as paperback. Donations appreciated.

If you have any trouble or just want to chat: Contact Yvonne DeBandi here.

Each cast and plot stands alone, but if you want the full experience we recommend this reading order:

My first memory: naked, face in the sand, stranded alone on a tropical island.

Night terrors and a numbered tattoo suggest my past is where it belongs - forgotten, but could paradise be my prison? Every day was exactly the same until a wooden crate washed upon the shore. On the outside, stenciled numbers matching the ink on my arm; and the inside, many strange items. The cracked hand mirror captured my attention the most, for the distorted reflection blinked... when I didn't.

*******
Join a cast of characters that keep you guessing about the mysterious Jane Doe. Some you will love, some you will hate, as they navigate surprising twists and turns you won't see coming. Could this be a glimpse of the world's digital future?

Lydia Jack is an artificial intelligence specialist with a dangerous secret.

Join "Jack" as she swims with the sharks, faces sabotage, unearths corruption, overcomes harassment, and even finds unexpected love... a journey leading to a tragic and deadly circumstance. Can ADAM save her in time without causing his own destruction?

With a delightful cast of characters, A.D.A.M. warms the heart and keeps you turning the pages.


#3 Vortex Visions: Keepers of the Stone

IF EVERYONE AROUND YOU WAS SPEAKING IN RIDDLES, COULD YOU FIGURE THEM OUT IN TIME TO SAVE THE WORLD?

The hot desert sun wasn't the only reason Diamond "Didi" Herkimer was sweating bullets, there was a relentless ring of explosive fire pressed against her forehead. The fate of the world hung in the balance of her actions, and time was running out.

Held prisoner, deep inside caves of the Grand Canyon, she was determined not to fail. They had solved the secret map mystery, but the solution presented was yet another series of riddles. Would she live up to the prophecy, fulfill her destiny, and stop the murder of Mother Earth...or was the iron barrel to be her very last vision?

Join Diamond and Joe as they solve the cryptic messages and race against the deadline of the summer solstice full moon.

A SUSPENSEFUL STORY OF INSPIRATION

Raven was born to play music, but for nine years had not touched an instrument or set foot on a stage. Her relocation to Jackson Hole, Wyoming, however was about to change everything.

So many reasons. So many secrets. Raven was tired of hiding, tired of sacrificing herself for the greed of others, tired of feeling hollow inside. By recklessly accepting a single dare, she was swept into a tidal wave of surprising events, her past finally catching up to her present.

Join Raven and her family of friends in this suspenseful tale of overcoming darkness with laughter, love and faith as she spreads her wings and resurrects her broken life. 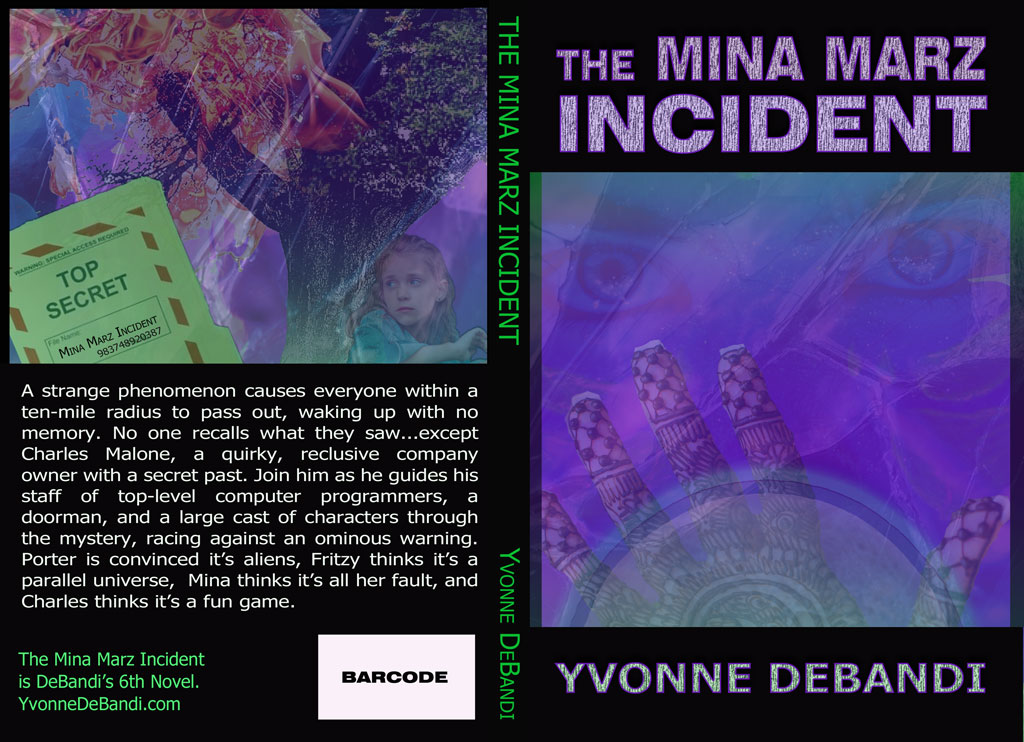 A strange phenomenon causes everyone within a ten-mile radius to pass out, waking up with no memory of the event. No one recalls what they saw, no one but Charles Malone, a quirky, reclusive company owner with a secret past.

Join him as he guides his staff of programmers, a doorman, and a large cast of characters through the mystery, all while racing against an ominous warning. Porter is convinced it's aliens, Fritzy thinks it's a parallel universe, Mina thinks it's all her fault, and Charles thinks it's a fun game.

Join this amazing set of diverse characters as they entertain you through one unusual situation to the next. Just when you think the story is wrapping up, another mystery still needs to be solved.

This title has been ready for almost two years. Because of the sensitive nature, publishing has been delayed. If you want to read and share your experience with the author, click here to request a free copy. 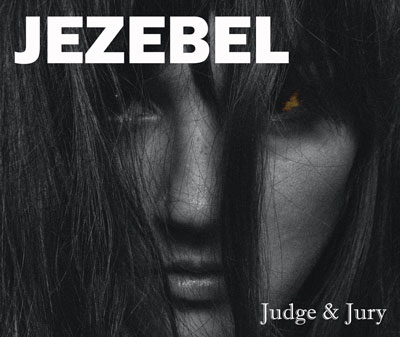 A CHILDHOOD FILLED WITH UNSPEAKABLE HORROR

Danika Wheeler only has memories of a normal life with her mother, sister, and mostly-absent father. Those were happy times, but all that ended in one blink of an eye. A car accident led to child services delivering the two small children (twelve and six) to "the castle," where unspeakable things occured. One horrific evening, Danika witnesses something that makes her mind shatter. A completely separate personality with the name they gave her emerges: Jezebel.

Nine years later, Jezebel has learned how to play the game to keep herself and sister alive. But one night, a bloody ritual triggers a response no one ever expected. Once again, Danika's life changes over night.

Despite her new circumstances, her vow of justice doesn't waiver. Even though she finally catches a break... will that moment of luck be enough to stop the voice of rage within?

#7 The Dawn of Eve: Chronicles of Eve Wilder

Eve WIlder is on a mision to discover what killed 99% of the population. With no evident skills of her own, but referred to as 'the key', Eve binds with a beastmaster, a dreamseer, and healer to search for answers.

A perilous climb across the Rocky Mountains challenges them as they learn to use their new powers. Unfortunately, every step indicates the earth is dying. And... did any men survive? Does this mean the end of the human race?

Join these women warriors and their animal friends as they try to reverse the conspiracy gone wrong. Will Eve discover her unusual gifts before it is too late? Or will the few remaining souls be destined to watch the world they love become a barren wasteland?


The continuation of this saga is in the works!

The following brand new titles are offered as free direct download at https://myfreebiestuff.com/books

Behind the Green Door: The Magic of Mystic May 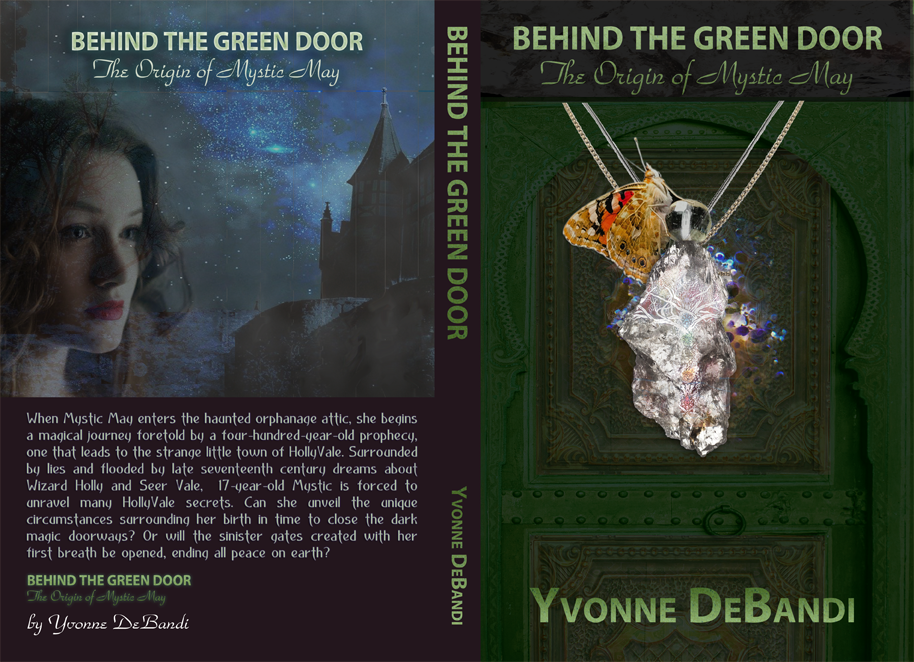 When Mystic May enters the haunted orphanage attic, she begins a magical journey foretold by a four-hundred-year-old prophecy. Years later, she finds herself in HollyVale, surrounded by lies and flooded by seventeenth century dreams about the great Wizard Holly and Seer Vale. Can she unravel the many secrets in time? Or will the sinister gates created with her very first breath be opened, ending all peace on earth.

Behind the Green Door: The Magic of Mystic May is a delightful urban fantasy novel. If you like intriguing mysteries, spellbinding family dynamics, and fascinating worlds, then you'll love Yvonne DeBandi's spin on the legacy of witchcraft and this battle between light and dark.

Available on Amazon and Kindle soon. 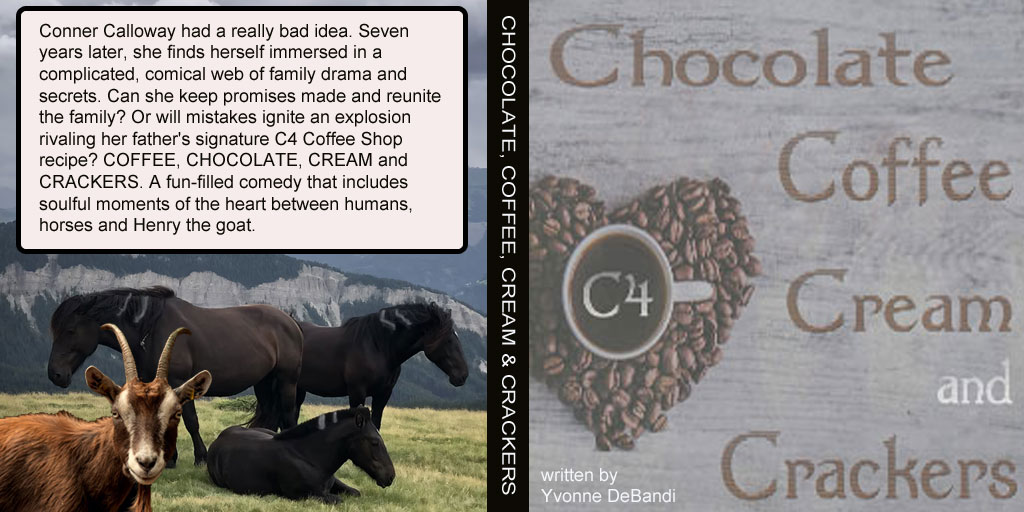 Conner Calloway had a really bad idea. Seven years later, she finds herself immersed in a complicated, comical web of family drama, lies and secrets.

Can she keep promises made and reunite the family? Or will mistakes ignite an explosion rivaling her father's signature C4 Coffee Shop recipe? COFFEE, CHOCOLATE, CREAM and CRACKERS. A fun-filled comedy that includes soulful moments of the heart between humans, horses and Henry the goat.

Red Pill Keywords: Enjoying the Life Experience, The dangers of deceit, Hollywood Sharks , God Knows Best. (This book is more a feel good experience that tosses only a few red pills into your coffee - pun intended.)